Several anonymous Students at the University of Texas at Austin filed a federal civil rights complaint against the university. The students accuse the university of creating a “hostile environment” for Black students by playing the “The Eyes of Texas” alma mater song, which they believe is racist.

According to the Texas Tribune, the NAACP’s Texas chapter, a university chapter, and a group of unidentified students filed the complaint with the US Department of Education’s Office of Civil Rights.

The complaint alleges that black students are being denied the complete university experience because the song is played at all sporting events “despite its racially offensive origin, context and meaning.” The complaint also states that the university has not responded adequately to racial harassment against students who oppose the song, violating Title VI of the Civil Rights Act.

Last summer, amid perceived racial tension in the country, “The Eyes of Texas” became a controversial issue for the state. The song’s title was inspired by a favorite statement of a former school president who was imitating Confederate Gen. Robert E. Lee, and the song was performed at minstrel shows in the 1900s by musicians dressed in blackface.

The university band declined to play the song during the 2020 football season. In the event the alma mater was played, some players would refuse to stay on the field. The protest sparked anger among donors to the school. However, when head coach Steve Sarkisian was hired, he said the song would remain while he was in charge.

UT-Austin senior and president of the NAACP’s UT-Austin branch, Al-Nasser Lawal, said that meetings between university administrators and black student groups had not produced meaningful results. He stated, “as black students, we kind of feel as if it’s not like our voices are heard. The main objective of the administration and the campus is just to appease their wealthy donors so that they can continue to get that funding and that they don’t really have our best interests at heart.”

The University of Texas at San Antonio is taking the opposite approach in dealing with an allegedly controversial slogan. University President Taylor Eighmy announced that their “come and take it” slogan will be removed from the campus and football games. Former UTSA Professor Ellen Clark started a petition to remove the motto from the school, claiming it was “steeped in racist ideology and racist history.” At the time of writing, the petition had not reached its goal of 1,000 signatures before the University president decided to eliminate the slogan from the campus and sporting events.

Senior and Running Back for UTSA Football, Brendan Brady said, “I was a little disappointed” about the decision. He went on to say he believes “come and take it” has a competitive meaning for himself and his teammates, stating, “Basically it means for our opponents to try it and come and beat us in our, you know, environment.” Junior business administration major Irasela Fonseca said, “don’t be so quick to think that you’re doing a good thing by taking away from the tradition.”

Department of Defense Allegedly Knew about the Kabul Airport Bomber

For hundreds of years, the American flag has stood as a national symbol representing America’s liberties and the…

Last week, the House of Representatives passed a comprehensive pro-choice bill, sweeping away state limits on abortion in… 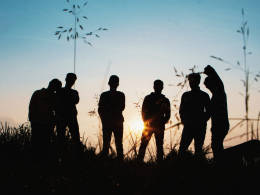