The Fed Raises Interest Rate by .75 Points, Expected to Increase Again Before 2023

On Wednesday, the U.S. central bank increased interest rates by 0.75% for the third time in a row and hinted that borrowing costs would continue to rise this year. Federal Reserve Chair Jerome Powell said that he and his fellow officials would “keep at” their fight to contain inflation. According to Reuters, the Fed sees unemployment rising to levels typically linked with recessions, the economy slowing to a crawl, and its policy rate climbing quicker and higher than initially anticipated.

Powell was direct about the “pain” to come, noting that growing unemployment and the hot housing market are in need of a “correction.” He explained, “What we need is supply and demand to get better aligned … We probably in the housing market have to go through a correction to get back to that place.” The National Association of Realtors also announced Wednesday that existing home sales in the United States fell for a seventh consecutive month in August.

Despite the Fed’s intense tightening, recent inflation figures have shown little to no improvement, and the job market remains healthy, with wages rising as well. Chief financial analyst at Bankrate Greg McBride stated, “The Fed was late to recognize inflation, late to start raising interest rates, and late to start unwinding bond purchases. They’ve been playing catch-up ever since. And they’re not done yet.” However, the central bank’s rate-setting Federal Open Market Committee said it is “strongly committed to returning inflation to its 2% objective” and that “ongoing increases in the target range will be appropriate.”

Sky News Australia’s Devastating Indictment: ‘Never before’ has the leader of the free world been ‘so cognitively compromised’ [VIDEO]

Sky News Australia just ran a news reports claiming that: It is clear US President Joe Biden is… 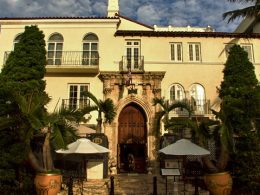 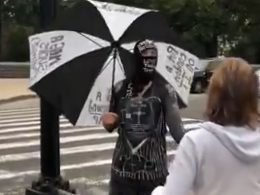 Roe v. Wade: The Law That Never Should Have Been

Whether an American’s opposition to abortion is faith-based or science-based doesn’t matter. An insidious, lethal lie, Roe v.…
Total
1
Share