As governments worldwide continue their assault on freedoms under the guise of health and safety and the CDC maintains power as the de facto leader of the United States, several unlikely personalities have posed questions about the legitimacy of vaccines, the necessity of vaccine mandates, and the media narrative. At the start of the Covid-19 hysteria, well before vaccines were a topic of discussion, dozens of celebrities, including Tom Hanks, Idris Elba, and Chris Cuomo, announced they contracted the virus and urged people to take the pandemic seriously.

Buzzwords and catchphrases such as “slow the spread,” “flatten the curve,” and “stay home save lives” had become commonplace. However, more than a year later, another group of entertainers has voiced concerns over the intrusive campaign to get people vaccinated, the ever-evolving “science,” and moving the goalposts.

One of the biggest names to ruffle feathers among vaccine enthusiasts was Joe Rogan. Before he made headlines as the podcaster who took horse meds, he angered the “follow the science” crowd with a remark about how he believed the vaccine wasn’t necessary for young, healthy adults. Fellow comedian Jim Breuer slammed vaccine mandates, calling it segregation, and canceled scheduled shows at venues requiring proof of vaccination for attendees.

Prominent liberal television host Bill Maher slammed mainstream media for fear-mongering and “scaring the s**t out of people.” Maher also claimed that it was much harder to sell tickets to his shows in Democrat-controlled states than in Republican states because of the scare tactics employed by the media and Democrat politicians.

Comedian Russell Brand, from the U.K., posted several videos to his social media accounts critical of the mainstream narrative on the virus and the vaccine. In one recent video, Brand discusses that some Facebook “fact checkers” are funded by vaccine manufacturers.

In perhaps the most unlikely turn of events, pop star Nicki Minaj caused a stir when she tweeted a story about her cousin’s friend in Trinidad that led her to question the heavy-handed push for vaccines. She was suspended from Twitter for sharing her thoughts. She also had some choice words for the media and political establishment, even calling out the Democratic Party by name in one of her Instagram live streams.

In less dramatic fashion, pop star Rihanna was recently spotted wearing what some have deemed a politically charged t-shirt that read, “Think while it’s still legal,” leading people to believe it was a nod of approval towards Minaj for asking questions about the vaccine. The two pop stars have been spotted hanging out in the past and may have a friendly relationship.

Fellow supermodel and wife of football legend Tom Brady, Giselle Bundchen, showed her support for Kroes commenting on her post “I know Doutzen, and she is a kind and loving person. I can’t believe the hate being directed at her because she expressed her feelings. It saddens me to see all the judgment and the lack of empathy in so many people’s hearts. Hate is not the answer.”

Several NBA players have also recently made headlines for voicing their reasons for not getting vaccinated. Most notably, unvaccinated players from the New York Knicks, Brooklyn Nets, and Golden State Warriors will not be able to play in home games due to local mandates. Still, strangely the mandates do not apply to visiting players.

In addition to the local vaccine requirements in California and New York, some players rejected the vaccine at a recent press event. Washington Wizards guard Bradley Beal, Orlando Magic forward Jonathan Isaac, and Golden State Warriors guard Andrew Wiggins have all expressed concerns about the vaccine. LeBron James, who claims he received the vaccine, said it was a personal choice and shouldn’t be forced on anyone. The NBA has not mandated vaccines for players, and some NFL players and coaches have also come out against vaccine mandates.

Other notable personalities to voice concern about the vaccines include New York City radio host Charlamagne Tha God, rapper Offset of the group Migos, English rock star Eric Clapton. Despite pushback from citizens of all walks of life, the political establishment pushes forward with its maniacal vaccine agenda, seemingly at the behest of the pharmaceutical industry. 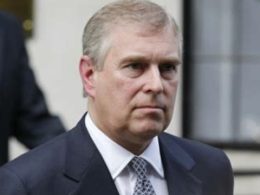 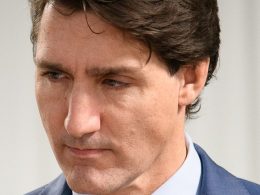 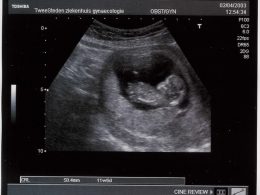 Highly educated, skilled professionals in positions of responsibility at some of the nation’s premier medical facilities are performing… The world population, which has increased by 1 billion in the last 12 years, hit 8 billion people…
Total
0
Share