In a recent interview, biological male transgender cyclist Emily Bridges stated that biological men had “no advantage” when competing against biological females. Bridges made the statements in an interview with Diva Magazine, an LGBTQ+ newspaper headquartered in the United Kingdom.

Bridges claimed in the interview that “Hormone replacement therapy” has a “massive” influence on how an individual performs in athletics. Bridges added, “There are studies going on for trans women in sport. I’m doing one and the performance drop-off that I’ve seen is massive. I don’t have any advantage over my competitors and I’ve got data to back that up.”

In April, Townhall reported that Bridges was barred from racing in a women’s event, the British National Omnium Championship, held by the Union Cycliste International (UCI), the sport’s regulatory body. Female competitors were said to be planning a boycott of the event. All transgender competitors were then barred from competing until further notice by British Cycling.

Without mentioning Bridges, UK Prime Minister Boris Johnson indicated in an interview that biological male transgender athletes should not compete in women’s sports. Johnson explained, “I don’t think that biological males should be competing in female sporting events. And maybe that’s a controversial thing … but it just seems to me to be sensible.” He continued, “I also happen to think that women should have spaces, whether it’s in hospitals or prisons or changing rooms or wherever, which are dedicated to women. That’s as far as my thinking has developed on this issue. If that puts me in conflict with some others, then we have got to work it all out.”

Bridges’ remarks come shortly after biological male swimmer Will “Lia” Thomas claimed in an interview with Sports Illustrated that “I’m a woman” and “I belong on the women’s team.” Thomas made headlines after participating on the University of Pennsylvania women’s swim team and winning after three years on the men’s swim team. On the condition of anonymity, some teammates have stated that Thomas boasts about breaking women’s records and creates an uneasy atmosphere in the locker room. 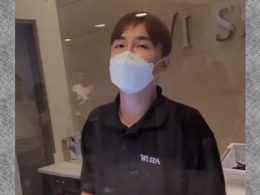 WARNING: LANGUAGE/ADULT MATERIAL   Some language and subject matter in this article and video below may not be suitable… 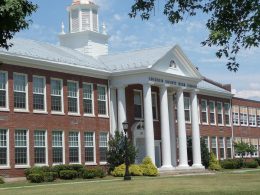 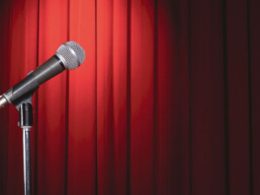 Don’t Allow the Left to Define Racism or Humor | OPINION 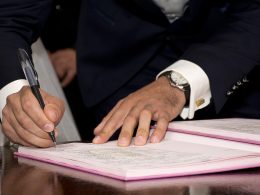