Reports indicate the Biden Administration is drumming the beat of war to grow a narrative that a Russian invasion into Ukraine is unavoidable.

NBC: “White House warns Russian invasion of Ukraine may be imminent. Press secretary Jen Psaki warned that an “extremely dangerous situation” is building along the Ukrainian border where Russia is amassing troops.”

The New York Times: “President Biden is considering deploying several thousand U.S. troops, as well as warships and aircraft, to NATO allies in the Baltics and Eastern Europe, an expansion of American military involvement amid mounting fears of a Russian incursion into Ukraine, according to administration officials.”

Despite the White House claiming that Ukraine has become a “dangerous situation” for diplomats and their families, sources close to Ukrainian President Zelensky told Buzzfeed that Zelensky “does not think there’s any remotely imminent threat to Kyiv.”

The source called Biden’s State Department’s announcement of the voluntary and mandatory withdrawal of American diplomats and their families out of Ukraine “extremely disappointing,” highlighting that the “US was the first to announce this.”

“Quite frankly,” the source said, “these Americans are safer in Kyiv than they are in Los Angeles … or any other crime-ridden city in the US.”

At doorstep before #FAC in Brussels HRVP @JosepBorrellF said that the EU will not follow the US decision on departure of family members of its staff from #Ukraine. EU personnel in Ukraine will stay.

The EU is taking a widely different approach to the Ukraine/Russia situation, announcing that, unlike the US and the UK, diplomats and their families serving the European Union are not advised to leave Kyiv.

During a press conference today after the EU Foreign Affairs Council meeting, High Representative Josep Borrell said the EU would continue to work with the US on coordinating efforts to keep Ukraine sovereign. However, “we are not going to do the same thing because we don’t know any specific reasons,” said Borrell.

Borell added that maybe the decision would change if Sec. Blinken has information that has yet to be provided to the EU, but until then, EU diplomats will continue to perform their duties as expected.

A spokesman for the Ukrainian Ministry of Foreign Affairs, Oleg Nikolenko, announced the country has “taken note” of the US State Department’s new guidance for diplomats. “While we respect the right of foreign nations to ensure the safety and security of their diplomatic missions, we believe such a step to be a premature one and an instance of excessive caution,” said Nikolenko. 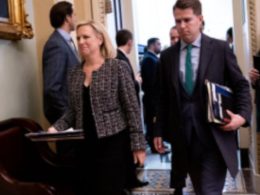 GOP Officials Consider a Split From the Party

Darius Ricks Several Republicans, including former G.O.P. elected officials, consider a split from the party to form a… 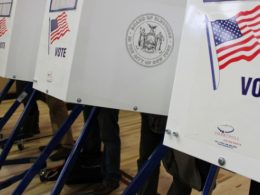 A family was harassed while in line to get food at a church in Arizona. They asked to… 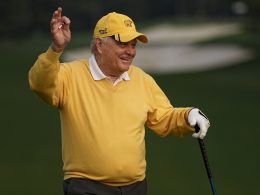