The first wave of military dismissals came yesterday as the United States Air Force announced it discharged 27 active members for refusing to get vaccinated with a Covid-19 shot. Air Force spokesman Ann Stefanek announced these 27 are the first to be administratively discharged for failing to abide by the mandate put in place by Secretary of Defense Lloyd Austin.

From the Air Force:

“Religious accommodations are a subset of administrative exemptions and are determined by the MAJCOM/FLDCOM commanders. The DAF has 30 business days (active component in CONUS) to process requests. Appeals are determined by the DAF’s Surgeon General with inputs from the chaplain and staff judge advocate. Individuals do not have to get immunized as long as their request is in the process of being decided.”

Secretary Austin mandated that all troops begin the vaccination process back in August but allowed the separate branches to determine their specific deadline for full compliance. The Air Force set its deadline for its members to comply for November 2.

According to the Washington Post, military analysts are warning that “the number of refusals and holdouts [is] a troubling indicator” that this is an order that military members are willing to ignore.

The paper claims about 40,000 military members are currently refusing to be vaccinated, but Sec. Austin has made it clear that the Pentagon expects 100% participation in this vaccination program.

“We know there’s some more work to do,” Pentagon spokesman John Kirby told the press. If they can’t get the military members to “choose” to get vaccinated, the Pentagon will remove them from the ranks.

In November, Utah Representative Chris Stewart warned that forcing the military and national intelligence agencies into firing its members due to Covid vaccine mandates would weaken America’s defenses.

“You’re potentially firing thousands of people on the same day,” said Rep. Stewart. “And it’s not like you put an ad on Craiglist and have people apply by Thursday.”

if you are a servicemember facing discharge due to the COVID vaccine mandate, tell me your story here:
[email protected]

All information will be kept confidential.

We need this Administration to understand how its mandate will devastate our national security.

California Representative Darrell Issa instructed service members facing discharge to email him their stories at: [email protected] “We need this Administration to understand how its mandate will devastate our national security,” wrote Rep. Issa. 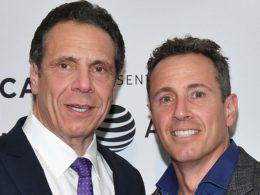 CNN suspended its most popular anchor while it investigates his alleged wrongdoing. Chris Cuomo reportedly assisted his brother… 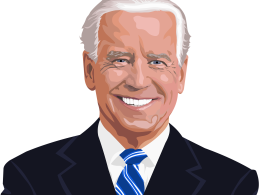 The day after local, state, and federal law enforcement, according to GovEx.com, heroically put their bodies between an armed madman…

Netflix lost over 200,000 subscribers in the first quarter of 2022 alone. The streaming service is on track…
Total
21
Share