Not even two weeks after Bill Gates warned of a possible smallpox terror attack, several vials of smallpox happened to be found in a Pennsylvania laboratory.

Last night, the US Centers for Disease Control and Prevention (CDC) revealed that 15 questionable vials were found in a freezer at a Merck facility outside Philadelphia. An employee had been cleaning out the freezer when they made the discovery.

“There is no indication that anyone has been exposed to the small number of frozen vials. The frozen vials labeled ‘Smallpox’ were incidentally discovered by a laboratory worker while cleaning out a freezer in a facility that conducts vaccine research in Pennsylvania. CDC, its Administration partners, and law enforcement are investigating the matter, and the vials’ contents appear intact. The laboratory worker who discovered the vials was wearing gloves and a face mask. We will provide further details as they are available.”

Five vials were labeled “smallpox” while the other 10 had “vaccinia” written on them, another name for cowpox or the virus that causes it.

Smallpox, or the variola virus, was declared eradicated in 1980 by the World Health Organization (WHO). Global authorities have gone back and forth on whether or not to destroy the samples they have left. Those who wish to keep it around argue that they need it to help develop new vaccines.

In 1990, a WHO scientific advisory committee recommended that all known stocks of the smallpox virus be destroyed by December 31, 1993. But scientists protested, so it never happened. This decision has since been reached and reaffirmed again in 1996, 1999, and 2011.

The World Health Organization (WHO) reaffirmed in 2019 that the remaining stock of smallpox should be destroyed. Unfortunately, the WHO still didn’t provide a specific time frame in which it should happen.

”In its decision WHA64(11) (2011), following review of smallpox research undertaken, the Sixty- fourth World Health Assembly reaffirmed earlier decisions (resolutions WHA49.10 (1996) and WHA52.10 (1999)) that the remaining stocks of variola virus should be destroyed. It also reaffirmed the need to reach consensus on a proposed date for destruction of the variola virus stocks, when research outcomes crucial to an improved public health response to an outbreak so permitted.”

Only two laboratories in the world are authorized to retain live samples of smallpox, one in Russia and the other at the CDC in Atlanta. Yet samples continue to be found elsewhere.

In 2014, 16 vials were found in a cold storage room owned by the Food and Drug Administration (FDA) on the National Institutes of Health (NIH) Bethesda campus in Maryland. Dating back to the 1950s, the CDC claimed only six of them tested positive for smallpox.

According to Dr. Steven Monroe, who directs the CDC’s division of high consequence pathogens and pathology, this was the only time smallpox vials were found since the 1979 WHO agreement to keep smallpox contained to the two authorized facilities.

In fact, Dr. David Heymann, a former WHO official, said that vials of smallpox were found at the bottom of a freezer in an Eastern European country in the 1990s.

A December 2013 report from the WHO stated that they were “finalizing arrangements for the destruction of cloned variola virus DNA fragments that have been stored in South Africa.”

Even scarier is a 2009 report from the late bioweapons researcher, Jonathan Tucker. He claims that in 1992, a high-level Russian official in the Soviet biological warfare program, Kanatjan Alibekov, informed the CIA that the Soviet Union had weaponized smallpox and stockpiled several tons of the virus in a liquid suspension.

He goes on to say:

“The CIA subsequently obtained circumstantial evidence that undeclared stocks of the virus might exist in several countries of proliferation concern, possibly including but not necessarily limited to Iran, Iraq, and North Korea. A few scientific research centers also reported finding and destroying vials containing the smallpox virus that had been retained inadvertently in laboratory freezers, sparking fears that other poorly secured samples might exist that could fall into the hands of terrorists.” 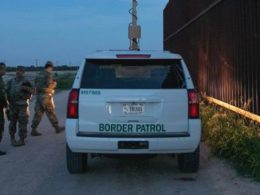 If this isn’t evidence of a crisis at the border, I don’t know what is. Twelve migrants were…
byRiiver Nihil 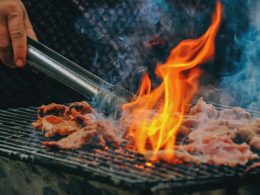 Colorado’s Democratic governor may have started this beef with the state’s cattle farmers, but citizens are serving it…
byRiiver Nihil 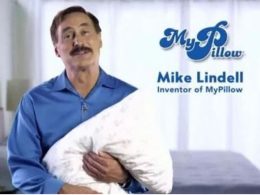 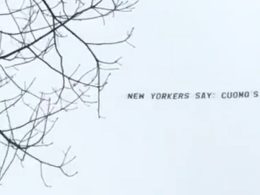