Well, the rainbow-bedazzled month of June is coming to an end, but it’s certainly not going out without a big bang in the nation’s major cities as Pride Parades and other sundry LGBT celebrations wrap up.

Of course, when it comes to the litter left by the massive crowds gathering for such events, however, it appears it’s being left to city crews to wrap it up — and by that I mean, of course, to clean up the mess.

As shared in a video to Twitter on Monday by New Yorker Elad Eliahu, the celebrants took great pride in their sexuality and gender identity, and little in taking care of their city or respecting its laws.

Let alone their own likely adherence to environmental concerns.

Of course, it was left to their fellow taxpayers to clean up the mess in the form of a much-burdened city crew tasked with clearing away the unsightly debris the next morning:

Park staff clean up the mess made at Washington Sq Park this morning after yesterdays pride party pic.twitter.com/W6THpdmkYA

All manner of discarded cups, bottles, bags, boxes, flyers and tons of straws were left strewn across the park by revelers. One can only imagine they couldn’t be bothered to pick up after themselves amid the excitement because they were too busy, say, twerking on random stranger’s vehicles:

Pride March celebrator by Washington Sq Park hop on a couples car (is that Fauci???) and twerks as the car slowly makes its way through the crowd pic.twitter.com/mWDHGWtqiq

It wasn’t just the litter that made this emblematic of a left-wing event. Police also clashed with attendants who were getting rowdy, in typical fashion. One woman was even arrested for biting an NYPD lieutenant, as Fox News reported.

Apparently, one cannot be both an environmentalist and an LGBT ally at the same time. I guess that’s just too much to handle in the month of June.

This all perfectly underscores the failures of a movement centered around pride — and pride in embracing one’s carnal desires, no less. When one is so focused on glorifying their own sexuality or so-called gender identity, there is not much room left to respect the tenants of society that maintain order or basic urban cleanliness.

These gleeful Pride attendants certainly have a firmly-established constitutional right to gather and make whatever statement they wish when they do so, but they also blindly took for granted that someone else was going to clean up their mess, something which underscores their utter lack of regard for the personal responsibility that ought to accompany our constitutional freedoms.

What’s more, they have no long-term thoughts about the impact of embracing and celebrating sexual proclivities in mainstream culture, just as many Pride Parade attendants who happily bring their small children along to a celebration in brazenly sexual behavior.

Of course, then there’s the horrific irony that mainstream progressive ideology as a whole is only interested in promoting any sense of personal responsibility when it comes to your impact on the environment — but certainly not their own.

Is this not emblematic of the progressive movement as a whole? Haven’t we seen this time and time again as various climate rallies or protests also leave trails of litter in their wake?

It’s very easy to imagine that many of the people who attended NYC’s weekend polluting party would consider themselves to be highly concerned with the environment — at least, when it comes to bringing their own bag to the grocery store or electing politicians who claim they can save the earth by dismantling our country’s entire fossil fuel industry in a few years, at least.

Yes, this is all part of a movement that relishes in guilt-tripping the rest of us for being “intolerant” as we warn about the long-term impact of tearing down traditional attitudes about sex and gender, and “selfish” as we warn of the potential for global economic devastation and the underlying statist ideology behind the climate movement.

All the same, if we put all ideology aside, at the end of the day, no matter who you are in this country, you’re free to gather and express whatever message you like with your peers and should be able to expect to do so without being prevented by law enforcement or government interference. That is, when done so peacefully, lawfully, and responsibly.

When one is so completely focused on your own pride and justifying their own sin, the concept of self-responsibility gets so easily tossed to the side without a thought — just like the trash left in the wake of Washington Square Park’s Pride party.

House Republicans are requesting access to all communications between Facebook and the FBI, Following remarks from Meta CEO… 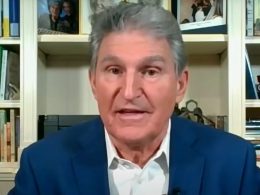 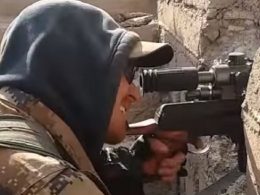