WARNING: Some Language in the article and video below may not be suitable for all audiences

A dramatic video posted to social media this week shows an employee attempting to enforce New York City’s recently imposed vaccine mandate, in which restaurants, museums, entertainment venues, and gyms require staff and customers to show proof of vaccination before being permitted inside. The incident occurs inside a Brooklyn restaurant, where a small group is refused service because they were reportedly unvaccinated. The customer challenges the restaurant employee, several diners, and the mandate itself, asking whether the establishment would “enforce segregation.”

Originally posted by @savingsovereignty on Instagram, the video shows Ray Velez inside Juliana’s Pizza in Brooklyn. The four-and-a-half-minute clip is captioned, “Juliana’s pizza in Brooklyn Discriminates. The world needs to see the ugly face of segregation. @julianaspizza you my friends need to wake up, I told [you] I would expose your business for its participation in the modern day segregation. Share this far and wide everyone discrimination will not be tolerated.”

A post shared by UNITED STATES IS A CORPORATION (@savingsovereignty)

Velez, off-camera, is heard asking the server, “so you’re refusing to serve us? Are you refusing to serve us?” He continues, “so you’re going to enforce segregation because we just told you that we’re religiously exempt.” The server states, “you told us you had your vaccination card,”  which Velez denies. Velez then stated that he and his friends would not be leaving and asked the staff member to re-read the Covid sign posted on the restaurant’s front window. He can also be heard saying, “We just marched for this,” in an apparent reference to a demonstration in which thousands of New Yorkers walked across the Brooklyn Bridge to protest vaccine mandates.

Velez then turned his attention to other customers in the restaurant, asking directly, “Everybody in here’s okay with that? Setting up segregation in society?” as he panned his camera around the restaurant. He continued, “oh, we don’t have our vaccine card so now the kids can’t eat, we can’t eat. You guys are okay with that? This is the America you want to live in?” One diner replied, “yep,” and gave Velez the middle finger. Velez snaps back “no, f**k you! You see, you’re not American, that’s why you need to get the f**k out of here.” He went on to proclaim, “This is America and in America, everybody can eat!” Frustrated, Velez continued to ask other customers if segregation of people based on their vaccine status was acceptable.

The clip has since gone viral on multiple social media platforms. The original, posted by Velez to Instagram, has nearly 143,000 views and 4,000 comments at the time of writing.

Juliana’s pizza posted a statement about the incident saying in part, “businesses who do not comply with the rules governing the mandate are subject to substantial fines. While we welcome any and all guests to enjoy our pizza, we also fully understand that many people are supportive of such a mandate, while many others are not. We ask for your kindness, patience, and understanding as our staff works to implement these rules.” However, the restaurant has limited or disabled comments for most of their posts. 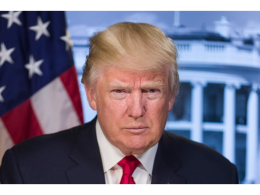 Docents at the Art Institute of Chicago were fired on September 3 to promote diversity. The institute had…

Dr. Francis Collins has been the director of the National Institutes of Health (NIH) for the past 12…

In recent months, the Biden administration has continually blamed unvaccinated people for the COVID-19 pandemic. As a result,…
Total
28
Share