Welcome To Portland: The Most Self-Unaware City In America

OPINION| The opinions expressed in this article are that of the writer, and may not necessarily reflect those of Tatum Report LLC

Portland, Oregon used to be a lot of things. Beautiful, friendly, hospitable, great microbrews, and safe. Portland still has the beer but is no longer any of those other things, but you’d never know it, seeing how tone-deaf some Portland boosters are. I’m not saying you can’t have a good time in the Rose City. Plenty of people have gone there recently and said it was a riot (too soon?).

Here’s an example that, if you’re even minimally aware of Portland’s anarchist history recent and past, annihilates truth in advertising. Travel Portland just purchased a full-page ad in the New York Times beckoning people to visit Portland.

Portland is the single most riot-prone city in the nation, and that’s saying a lot. There’s been a lot of robust competition recently. But, as of September 4th, 2020, Portland was already experiencing its 100th consecutive day of protests/riots. And there have been plenty more since.

On the “about us” page at travelportland.com, Travel Portland describes itself as “a promoter and steward of this evolving city and its progressive values, which have the power to transform the travelers who visit us.” Yeah, transform travelers into Antifa/BLM splats on the sidewalk.

The ad is in the form of a letter or poem to folks who may be interested in vacationing in Portland. But they neglected to mention the violence. Just an honest oversight, I’m sure. But isn’t that a bit like selling a house to a family with kids and not letting the folks know a registered child sex offender lives next door?

And while they don’t mention Portland’s penchant for tolerating and encouraging criminal behavior, including violence, they do slither around it. “Some of what you’ve heard about Portland is true. Some is not. What matters most is that we’re true to ourselves.” Barf! In other words, believe the good stuff “is true” and the bad stuff “is not true” or the bad stuff is good stuff.

“You can speak up here. You can be yourself here,” it continues. Not if you’re not in line with the radical bullies—in and out of city government.

“We’ve always been like this,” they continue. “We wouldn’t have it any other way.” Yeah, that’s pretty obvious by now.

It’s not lost on folks that this advertisement comes within days of Portland’s entire 50-member Rapid Response Team (RRT) resigning from the unit. The radical leftist Multnomah County DA decided it was a good idea to charge an officer criminally for doing his job during a riot. For some odd reason, the other cops didn’t like that. And I’m thinking potential tourists aren’t too enamored with weakened police protection, either.

And if they like that, they may also like other programs Portland is introducing to attract tourists, especially if you’ll be driving your car around the city. Oregonlive.com is reporting, “Portland’s police chief and mayor are set to announce Tuesday that city police will no longer be directed to stop motorists for low-level infractions, such as equipment failures or expired plates….” Why? Why else? Because racism.

The argument is these changes will reduce the chances for a deadly encounter—you know, when cops attempt to do what we used to call police work.

Like barely-there Mayor Ted Wheeler, proponents believe this will allow “police to focus on more serious violations that pose an immediate threat to public safety.”

Leftists always pull out that worn excuse. Who in the world thinks Wheeler believes in police enforcing the law at all? If we were in a court of law, I’d challenge you to provide any evidence that Portland’s mayor, city council, or DA (Multnomah County) care about the police doing their jobs effectively.

And don’t worry if you’re concealing any sort of contraband or have five illegal aliens crammed in your trunk. Another change has officers explaining to violators they do stop that they “can deny a request to search their cars.” This is already the rule, but the difference now is the officer must proactively inform the driver.

The legislature attempted to pass a similar law that would apply statewide, but it failed to gain enough support. These people in Portland and Oregon government are so woke I doubt they ever sleep. I suppose it consumes a lot of waking hours to manufacture so much stupidity. The terminology and phrasing in the radicals’ responses to comments and questions about the new laws are dripping with leftist lingo.

For example, Democrat politicians and community groups issued a joint statement on the state legislation, calling the defeat “a profoundly disappointing setback for Oregonians who value and have called for racial justice and changes in our approach to community safety.” Translation: who value socialism and defunding the police.

Several state law enforcement leaders wrote a statement to lawmakers. They argued that not allowing police to stop drivers for equipment violations is a public safety risk. This should be obvious. The reason for vehicle equipment laws, such as for defective headlights, taillights, or brake lights, is because the vehicle presents a danger to other drivers and pedestrians when their equipment is not functioning correctly.

So, if you don’t mind the occasional Antifa/BLM rioter interrupting your meal at a sidewalk café or a demonstration preventing you from getting back to your hotel, then have at it. Portland may just be the place for you. Oh, and don’t worry if your car has expired registration, either. Apparently, this is also a “minor” violation, and the police will not stop you—not in Portland, anyway.

Travel Portland closes their advertisement with, “Love, Portland.” You know… the Portland whose number of murders this year are already six times higher than what they were last year. Funny… that wasn’t in the ad either. 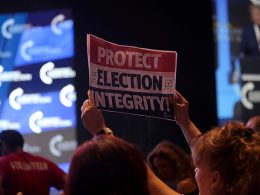 Conservatives Must Flood Polling Places in November. It’s Harder to Cheat When the Vote is Not Close

For Americans concerned about the integrity of the upcoming mid-term elections in November, this bit of news is… 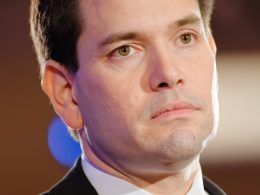 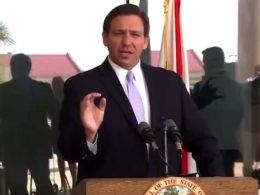 On Thursday, Governor DeSantis announced that State Attorney Andrew Warren will be suspended immediately for failing to enforce… 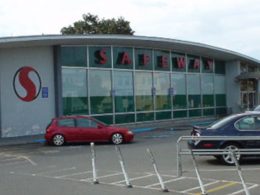 San Francisco Safeway Has to Reduce Hours Due to Increased Theft