Woman Races to Rescue Elderly Man: ‘I Was Made to Be There at That Time’

On March 29, an elderly gentleman was enjoying an evening stroll around Barcelona Harbor on Lake Erie in Westfield, New York. He’s a regular there, and enjoys feeding the ducks and geese.

Mia Goot is also a regular there, and she had seen the man on prior visits. She arrived around 6 p.m. to walk and take in the sights, and noticed the familiar but unnamed man.

“It always puts a big smile on my face to watch him,” she told The Post-Journal.

But shortly after, she heard a splash, and quickly put together what had transpired.

“I didn’t see him — just saw the geese and ducks fly away, but I knew I [had] just seen him,” she continued. “I immediately ran over to where he was, and saw him face down into the water. I was terrified.”

Someone nearby called 911 while Goot, who admitted she is not a very good swimmer, made the decision to jump in after him.

“I just knew I needed to save this man’s life,” she explained. “I carried him to … the pier and he looks at me and says ‘You saved my life.’

“He continued to look at me and say, ‘If it wasn’t for you I wouldn’t be alive.’ It comes to show that I was made to be there at that time.”

“On 3/29/21 at 18:17 hours the Westfield fire department responded to a subject in the water at Barcelona Harbor,” the Fire Department of Westfield shared on March 30. “Citizen Mia Goot quickly jumped in the cold water to save an Elderly man who fell in while feeding the ducks.

“I can not thank Mia enough for taking quick action, she is a true Hero! In the words of the man she saved, ‘I would not be here if it wasn’t for you’ Thank You!”

Fire Chief Chris Reese explained drownings have occurred in the area and the water can be very dangerous.

“She saw him go in face down,” he explained to The Post-Journal. “She ran over to assist and he was still face down, so she wasn’t sure if he hit his head.

“The miracle part, is that Mia doesn’t swim. She jumped in to rescue him as he had floated out a bit. It’s pretty heroic.”

“It doesn’t happen too often,” he added. “I think she deserves some credit for doing something outside her comfort zone. I know she was pretty shook up afterward.”

Goot believes she was where she was supposed to be and is happy to have saved the man’s life, but the icing on the cake was when she got a happy surprise the next day.

“Tonight at 815p.m I received a phone call from a number i didn’t know,” Goot posted on Facebook on March 30. “I’m so happy I answered this call. It made my night hearing your voice, and knowing that you are doing good.

“An hour conversation went on with lots of laughs, and many stories. I appreciate this elderly man so much. im so glad I was there at the right time for you. Looking forward for many good laughs and conversations with you.” 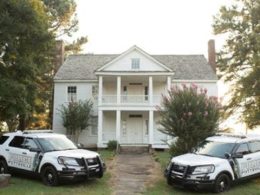 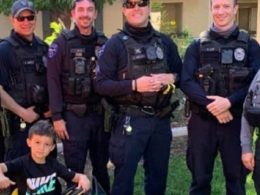 Fathers and sons bond in all kinds of ways. Gerald Philbrook, 4, and his dad, Peter, bonded over… 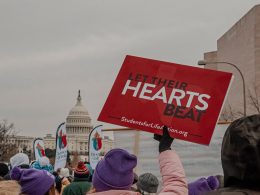 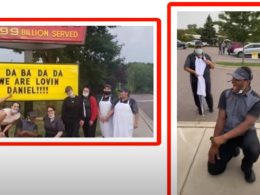 Lunchtime at the local McDonald’s in Arden Hills, Minnesota, is anything but a regular experience. Sure, the food…
Total
8
Share