When 30-year-old Amy Edmonson of Essex was taking a late-night stroll in Southend-on-Sea with her pup Star earlier this month, she had no idea that her dog would prove her loyalty and bravery by the end of their walk.

It was around 11:30 p.m. on April 5 and Edmonson, mom to 9-year-old Riley, was just around the block from her flat when a couple approached her.

While the situation seemed innocent enough at first, it quickly turned dangerous.

“We were just coming back from a dog walk, when a man and a woman approached and they were asking me where Southchurch was,” Edmonson said, according to the Daily Mail.

“I turned around and pointed in the right direction, and the man just jumped on my back, pushing me to the ground and held a knife to my throat.”

According to Edmonson, the two began demanding money. Star, a Staffordshire terrier and Jack Russell terrier mix, is normally a sweet dog, but Edmonson said she flew into action as soon as her leash was dropped.

“I was on the floor for what felt like forever,” she said. “But then I let go of my dog’s lead and she just jumped on him and started biting his leg.”

Edmonson said that Star latched onto the man’s leg and wouldn’t let go. The female backed off and the male started cursing and trying to get Star off of him.

“I told him he needed to get off of me so I could get my dog off of him,” Edmonson said. “After that he obviously panicked and ran away too.”

While Star is not a large or intimidating dog, and her owner says she’ll normally kill with kindness, she was certainly able to take a stand when it counted.

“All I was thinking was that my son was going to grow up without a mum and my dog was going to be without me,” she continued.

“Star 100 per cent saved my life. I just kept thinking, I’m going to die, there’s no way to get this bloke off me. It was actually really out of character for her — she’s the most loving little dog usually, she would lick anyone to death.

“I was gobsmacked that she did what she did — but so grateful to her. She got an extra big dinner and lots of extra cuddles that night.”

Now Edmonson knows just how far her faithful companion will go to keep her safe, and while she may be avoiding late-night walks in the future, she’ll probably also feel a little safer whenever she has Star by her side.

“Star is my little lifesaver,” she said. “Without her I wouldn’t be here. She’s the most loving dog you will meet. I have never seen her like that but it just shows she was protecting me.” 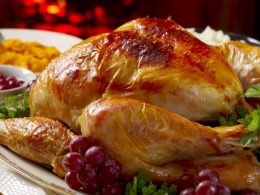 Columbian Couple Gets 200 Invitations To Celebrate Their First Thanksgiving

A couple from Columbia received hundreds of invitations to celebrate their first Thanksgiving in America. Susana and Edward… 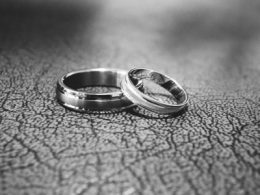 Like something out of the movie “The Notebook” or “50 First Dates,” Peter Marshall, 56, is showing the… The military is an important theme in Michael Ferrara’s life. The teen student at Hunterdon Central Regional High… 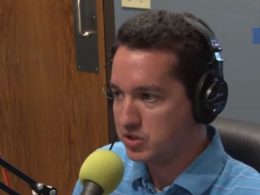 When confronted with challenges to their beliefs, some Christians cannot present an argument that goes beyond their personal…
Total
0
Share