In a world whose news is, unfortunately, a lot of fire and brimstone, the Tatum Report brings you a heartwarming story of a young boy whose greatest desire was to cheer his grandfather up by helping him live out his biggest dream.

You see, Harrison Gurney, 12, had grown tired of seeing his grandfather, Malcolm Hanson, so sad and lonely. Malcolm had recently placed his wife of 57 years into a care home due to Alzheimer’s; she was his only companion.

Harrison decided that he would cheer his grandpa up by finding a way to get Malcolm on an actual flight in his favorite airplane — a vintage Spitfire.

When Malcolm was a boy during World War II in 1945 London, he witnessed a “dog fight” involving a Spitfire, and he was in love with them ever since. At 80 years old, Malcolm was still dreaming of flying a Spitfire.

Harrison had heard these stories and decided to write actual paper letters to owners and airfields, determined to find someone to give his grandpa a ride.

“It breaks my heart to see him so sad. I want him to smile again,” Harrison wrote.

Harrison’s mother looked over the letters before mailing them and said, “Harri and his granddad are like two peas in a pod. He wrote a letter and wanted me to help him find a place to send it. When I read it, it just made me bawl my eyes out.”

She continued, “It said ‘can you help me mend my grandad’s broken heart’. He was worrying and wanted to help him smile again.”

Harrison raised all the money he needed to see the dream through by doing household chores and offering garden work to other family members.

Those in charge at Goodwood Aerodome in West Sussex were so moved by Harrison’s letter; they offered to take the two of them on a flight in Malcolm’s beloved Spitfire.

This past Friday, Malcolm lived out his dreams in grand fashion, even taking control of the flight himself.

“It was absolutely fantastic, it was the most amazing experience I have ever had. To have been allowed to take control on the Spitfire,” Hanson said.” The pilot did barrel rolls and some dives, it was great fun—a brilliant day out, all thanks to Harri.”

“It’s a life-long dream come true. Harri knew that and went and made it happen. He sets his mind on something and follows it through. We’re very proud of him.

“While I was up there I was thinking, ‘When am I going to do a barrel roll?’ and then I got to do one and even take control, turning left and right and up and down. It was a great feeling.” 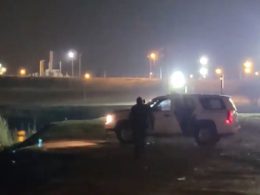 Earlier this week, there was a testy exchange between Fox News White House correspondent Peter Doocy and White… 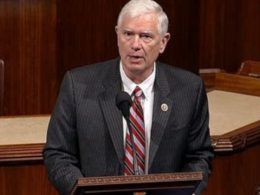 Rep. Eric Swalwell is best known for being in a relationship with the Chinese spy, Fang Fang, while… 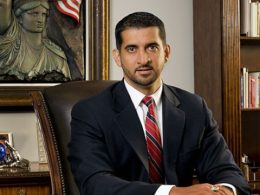