Though the Catholic Church is clear on its beliefs and stances on things such as confession and taking your money via tithing, they aren’t so stable when enforcing their dogmas and creeds upon those in prominent positions.

It’s no secret that Catholic priests and other clergy have been able to get away with pedophilia and other heinous acts, some collecting legal repercussions only because the community itself sought justice.

The Catholic Church has a tough time holding well-known people accountable, especially if it will taint the Catholic reputation.

They would rather be hushed about the awful things happening behind closed doors, keeping their secrets under lock, than hold their leaders and members accountable for their actions when the church’s reputation is at stake.

Unfortunately for Pope Francis, some of his bishops are fed up with the hypocrisy and seek to make a change.

The change they seek? Prevent President Biden and all politicians and people who support abortion and LGBTQ rights from taking Holy Communion.

Biden is the second Catholic to serve as U.S. President and has alarmed some church leaders by supporting the views they say are antithetical to church teachings.

Leaders of the Catholic Church have essentially deemed President Biden a hypocrite and unworthy of receiving Communion.

The U.S. Roman Catholic bishops are due this week to discuss whether politicians, including the current President, should receive Communion while supporting abortion and LGBTQ rights.

From Wednesday through Friday, they will conduct a virtual annual meeting for the United States Conference of Catholic Bishops to decide whether to ask the Committee on Doctrine to draft a teaching paper on Communion, a rite vital to the Roman Catholic faith.

If they decide to commission that document, it could be a solid symbolic rebuke of those who embrace and promote views that are contrary to church teachings, including Biden and other Catholics, political or otherwise, who support same-sex marriage and abortion rights.

Reverend Robert E. Morey, a priest in Florence, said, “Holy Communion signifies we are one with God, each other and the Church. Our actions should reflect that.”

The bishops would then review an amendable draft of the document at their fall meeting.

Individual bishops already have the right to decide whether to deny Communion to Catholic politicians who support abortion rights, as said in a published statement from 2004.

Biden is hypocritical at best, rolling back federal restrictions on abortion pills (making them more easily accessible), removing a ban that prevents federal funding for abortions, and fighting proudly for LGBTQ rights for over a decade. All while professing his weekly devotion and attendance to Catholic Mass.

He professes a belief in a higher power and a dedication to a religion that he clearly isn’t honoring.

A clear example of “do as I say, not as I do,” Biden isn’t fooling anyone. Except maybe the same people who believe his intimate “sniffing” of every woman and child (regardless of gender) he meets is truly a friendly and loving way of greeting a stranger.

Biden has become “a matter of scandal” for the Catholic Church, said the chairman of Sycamore Trust, Bill Dempsey, an alumni group from the University of Notre Dame that seeks to preserve the school’s Catholic traditions.

BREAKING: Biden mass with the Pope cancelled amid controversy over Biden’s eligibility to receive communion https://t.co/qAjt8psSA6

Sycamore Trust wrote to the university’s President in February urging him not to invite Biden to speak at the university’s commencement because of Biden’s abortion and same-sex marriage views, despite the school’s tradition of inviting presidents.

Supposedly, Biden declined the school’s invitation due to a scheduling conflict, according to the Catholic News Agency, but chances are he doesn’t even remember being asked.

All jokes aside, the Vatican appears to be more concerned about gossip and the repercussions than upholding their religious values, dogmas, and creeds to set the example for their followers.

Cardinal Luis Ladaria, a Vatican official, wrote to the conference in May urging caution on the debate over politicians’ abortion views and Communion, saying it could become a “source of discord,” Catholic News Service reported.

Shouldn’t the church be more concerned with saving the souls they say are damned due to the very actions they are now attempting to ignore?

Allowing one of the most prominent men in the world to sidestep the religious dogmas and creeds he regularly swears he’s upholding will yield far worse results.

Biden has stated on the record that he opposes abortion personally but finds it impossible to legislate on women’s bodily autonomy.

“I do not believe that we have a right to tell other people that – women they can’t control their body,” he said during the 2012 presidential campaign when he was still vice president.

This stance has barred him from taking Communion in certain parts of the country, like a Catholic Church in South Carolina. Biden was also refused the important Catholic ritual in the town he was born in, Scranton, Pennsylvania.

It’s no surprise that taking part in worship led by local priests is essential to the President. Doing so in public, not tucked away in private worship, seems vital to him.

He’s all about appearances over actions, it seems.

Of course, other hypocrites are severely perturbed by the insinuation of denying them yet another “regular” person’s experience.

Marianne Duddy-Burke, executive director of Dignity USA, a group supporting LGBTQ Catholics, wrote in an essay published by Religious News Service last week that the bishops behaved “in a brazenly partisan manner” by voting on the issue and possibly denying Communion to Biden and others.

“Withholding Communion from any Catholic to punish them for their identity, actions or beliefs is coercion,” she wrote. “It violates the duty of care that is the central ministry of the ordained.”

Isn’t the Catholic Church supposed to uphold God’s laws above and beyond the individual’s feelings? If Communion is God’s law, no man should hold the authority to change it. If it isn’t God’s law, then why are they enforcing rules around it?

The only place one can find God is within. We could be seeing the reveal of the inner workings of the Catholic Church to be a man created.

Archbishop Salvatore Joseph Cordileone of San Francisco has advocated for harsher action, arguing in a May letter that Catholics who do not “espouse publicly the faith and moral teachings of the Catholic church” – including politicians like Biden – should not receive Communion.

Though the stance may be harsh, perhaps this will set a precedent that encourages those of the Catholic religion will act accordingly.

Simply claiming you are something with no action to back it up is the definition of hypocrisy. The current administration continues to reveal just how deep the hypocrisy runs. 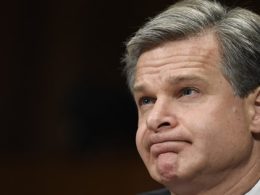 FBI Director: Every FBI Agent in Damning Report on Trump-Russia Probe Was Referred for Discipline

A little over a year after a damning inspector general’s report on the Trump-Russia “collusion” probe, it turns…
byRiiver Nihil 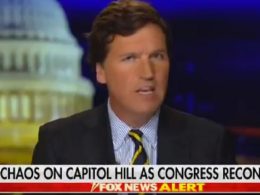 Tucker Carlson: Capitol Incursion Will Be Used To Strip Americans Of Their Constitutional Rights

For Tucker Carlson, the real lesson of the chaos at the nation’s Capitol is the one most likely…
byRiiver Nihil 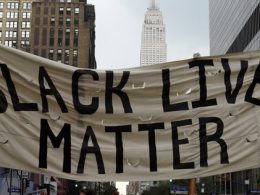 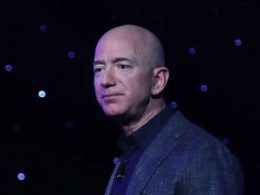 Bezos Is On Track To Be The First Billionaire In Space