The Loudoun County School Board has agreed to a permanent injunction prohibiting retaliation against a teacher who openly rejected a proposed pro-transgender policy.

After the settlement on Monday, Tanner Cross stated, “Just today, the court issued a final order permanently prohibiting the Loudoun County Public School Board from punishing me for freely expressing my views. I can now confidently continue teaching at Leesburg Elementary School without fear of punishment for expressing my views.”

“…Teachers are just like everyone else – we have ideas and views we should be free to express – and the court has vindicated those rights for me and for all teachers…” -Tanner Cross, ADF Client pic.twitter.com/bdLWtJy6Xe

The agreement also includes removing any reference of the suspension from Cross’s records and paying $20,000 for his attorneys’ fees.

Cross was suspended from his position as a physical education teacher at Leesburg Elementary School after he exerted his First Amendment rights at a school board meeting in May to oppose Policy 8040.

At the time, Cross said:

“I’m a teacher, but I serve God first, and I will not affirm that a biological boy can be a girl and vice versa because it’s against my religion, it’s lying to a child, it’s abuse to a child, and it’s sinning against our God.”

He immediately retained counsel. A court granted Cross temporary injunctions in June, forcing Loudoun County Public Schools to reinstate him. The school board then promised to appeal the ruling, taking it to the State Supreme course if necessary.

Monday’s settlement, however, means the school board has relinquished its right to take further action against him.

Gill said on Monday, “Freedom of speech and religion includes the freedom not to speak messages contrary to our core beliefs, and public schools shouldn’t require teachers to personally endorse a belief with which they disagree, but that’s exactly what policy 8040 does. It forces teachers to say things that are untrue and harmful to students.” 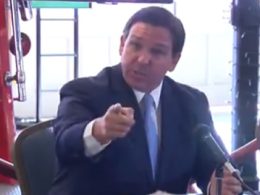 Republican Gov. Ron DeSantis of Florida called out the one-sided nature of Big Tech and the establishment media’s… 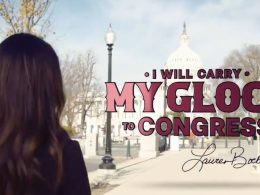 Republican Rep. Lauren Boebert defended her now-viral ad, in which she said she would carry her handgun in… 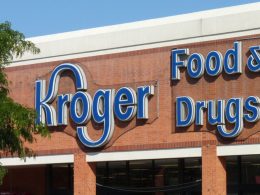 The national grocery chain Kroger is quietly pushing its employees to get vaccinated. Rather than being forthright and…