Chauvin Sentenced To Over 22 Years For Murder Of George Floyd

Derek Chauvin, the former Minneapolis police officer convicted of George Floyd’s murder, heard his sentencing today. He received 270 months with 199 days served. Judge Cahill sentenced Derek Chauvin to ten years over the sentencing guidelines. He told Chauvin his decision was “based on [Chauvin’s] abuse of a position of trust and authority and also the particular cruelty shown to George Floyd.”

Judge Cahill told the courtroom, “I acknowledge the pain not only of those in this courtroom but the Floyd family who are outside this courtroom and other members of the community.”

Judge Cahill said, “It has been painful throughout Hennepin County, throughout the state of Minnesota, and even the country.” Before he sentenced Chauvin, he noted that today is “not the appropriate time” for him to be “profound or clever.”

He spoke before the sentencing began, marking the first time the public has heard directly from Derek Chauvin since a jury found him guilty in April of second and third-degree murder as well as second-degree manslaughter.

Chauvin said, “At this time, due to some additional legal matters at hand, I’m not able to give a full formal statement.” He said, “I do want to give my condolences to the Floyd family. There’s going to be some other information in the future that would be of interest, and I hope things will give you some, some peace of mind.”

George Floyd’s brother, Philonise Floyd, spoke as one of four victim impact statements. Philonise said, “George’s life mattered. I am asking that you please find it suitable to give Officer Chauvin the maximum sentence possible My family and I have been given a life sentence.”

Derek Chauvin’s mother, Carolyn Pawlenty, spoke in support of her son. After introducing herself, she explained that her statement was on behalf of her whole family.  She said, “Derek devoted 19 years of his life to the Minneapolis police department. It has been difficult for me to hear and read what the media, public, and prosecution team believed Derek to be an aggressive, heartless, and uncaring person.”

“I can tell you that is far from the truth,” she said. “My son’s identity has also been reduced to that as a racist. I want this court to know that none of these things are true.” She said, “my son is a good man.”

She continued, saying, “Derek has always dedicated his life and time to the police department. Even of his days off, he would call in to see if they needed help.”

His mother described him as “a quiet, thoughtful, honorable, and selfless man. He has a big heart, and he has always put others before his own.” She said she has always supported her son and always will. 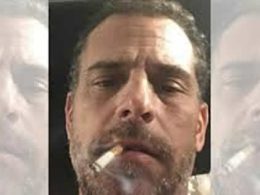 Hunter Biden is the Focus of Gas Station Sign in Nashville, TN 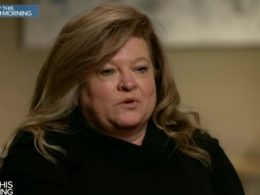 Alternate Chauvin Juror Speaks Out, Was ‘Worried’ Her Decision Would Upset People

In two separate interviews on Thursday, Lisa Christensen — one of two alternate jurors in the trial of… 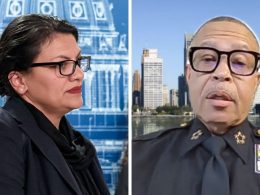 Rashida Tlaib has taken it too far. The second-term congresswoman from Detroit and charter member of the “squad”…