Black Lives Matter protestors took over a Texas intersection this weekend to protest the death of Marvin Scott III- a 26-year-old black man that died while in police custody. A video shows a frustrated Texas resident insisting that BLM “get the f**k out of [his] way.” At this point, BLM supporters successfully stopped and infiltrated traffic lanes being occupied by drivers prohibiting the lawful movement of traffic.

Local reports indicate that the Plano police department did allow the “protest” to block one lane of traffic legally. However, the protestors did not stay in the legally afforded area migrating to the lanes set aside for travelers. The “protestors” spilled into the driving lanes, carrying signs while chanting, “Black Lives Matter.”

Officer David Tilley, Plano PD’s Public Information Officer, told the Plano Star Courier, ” It wasn’t until [the responding Plano officer] arrived on the scene that he saw that cars in every single direction were backed up and stopped because people were standing in the roadway not allowing them to get through.”

The Plano police officer responding to the incident received criticism from both sides that wish the officer had done more. The protestors wanted the fed-up resident arrested for his tirade. While the rest of us Americans are left asking why the cop chose to pinpoint the driver for redirection rather than the protestors blocking traffic?

The woman seemed annoyed that the police “didn’t intervene other than to talk calmly to the man, saying, “please, sir, calm down.” Officer Tilley defended the Plano police officer’s actions saying, “The officer’s trained to deal with situations like that, and he took the best course of action that he felt appropriate at that time.”

The man showed his frustration at the officer, who was attempting to clear him off the road, screaming, “Get these f***ing people out of the way. Get them out of here!”

According to Officer Tilley, the protest was supposed to stay in the city of Frisco, which is why Plano police officers were not originally on the scene. In addition, he said the reports that the man was “armed” are false.

“People are claiming that the guy [motorist] was armed, and I didn’t see anything in the video that indicated the guy was armed. They said he assaulted somebody, but it looked like he was trying to knock a phone out of hand,” explains Officer Tilley.

A female resident of Plano who took video of the incident spoke to the Plano Star Courier, seemingly backing up the account of Officer Tilley. She claimed that the man was not attempting to assault anyone but rather “took a swipe at a woman to knock her phone out of her hand.”

One of the guys even pulled a gun on him. pic.twitter.com/83yy0cyoGY

SCOOP: Texas AG tells me he is looking into Plano obstruction of traffic incident this week that escalated into aggravated assault with a deadly weapon

Conservatives want to know why A BLM protestor could pull a gun out and point it at the man without repercussions. Cops went after a man following the law while ignoring the armed protestors blocking traffic. That is the state of America we saw over the summer, but it’s not what some experts say they thought they would ever see in Texas.

Brandon Tatum made an impassioned argument as to why this situation was mishandled by law enforcement.  You can watch his video here, and use the numbers below for a call to action.

Call and or Email   Chief Ed Drain   Chief of Police

We will continue to update this story as more information becomes available. Our calls for comment from The Plano Police Department were not returned. 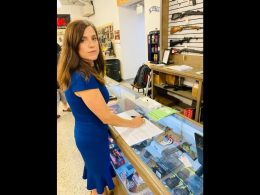 GOP Rep. Nancy Mace Says She Has Started Carrying After Her Home Was Targeted: ‘I’m Not Going to Be Intimidated’ 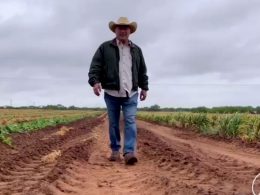 As Republicans were able to flip the mayorship in the 85 percent Hispanic town of McAllen, Texas, political… 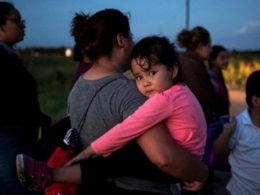 One of the most successful border policies imposed by the Trump Administration was the ‘Remain in Mexico’ program.… 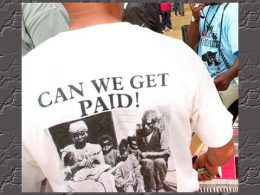 OPINION | The opinions expressed in this article are that of the writer, and may not necessarily reflect…
Total
35
Share